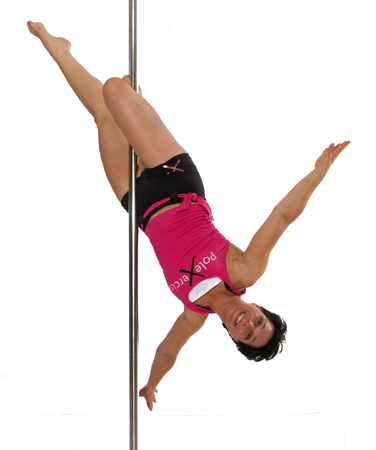 Cindy Cooijmanns is known throughout the pole dance world as both a pole dance teacher, respected judge and creator of the Pole Move Box. Cindy received her references from PDC Pioneers KT Coates and Elena Gibson.

Elena Gibson said "Cindy is a great asset to our community, amongst other achievements, she has tirelessly worked to produce the Polemove box which I believe is a great product to be used as source of reference for studios, instructors and students.  She dedicates much of her time and effort to promote pole dancing both in her home country and internationally, Cindy is a very ambitious and positive person who I greatly admire."

KT Coates said "She is the nicest, kindest, selfless person in pole. She does pole because she loves it, she never gets involved in any unpleasantness and she is loved by everyone as an instructor, a business woman and a poler. She is a one off!"

This is besides my normal day job (my husband and I run a large butcher’s shop for 10 years now, and I got my degree in Advertising and Merchandising) 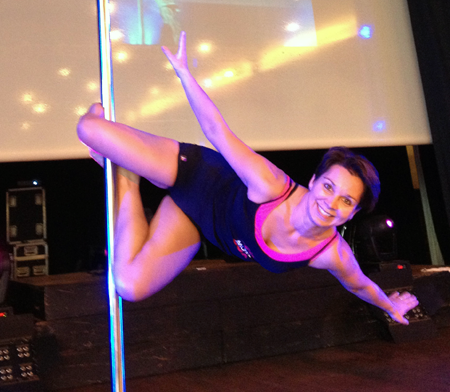 Cindy has been teaching group classes: Aerobics, Steps, Callanetics, BOSU, Street dance, Jazz dance and Gogo dance since her certifications in 1995. After the birth of her 3 sons, she wanted a new sport challenge, which she found in Pole Dance. After taking a Pole teacher trainer course  she started teaching Pole classes in 2006.

“One of my students; Nicole Beerens has won the title Pole Fitness champion 2010. At that moment that was the highest competition you could enter in the Netherlands. I train/help a lot of national and international pole dancers now a days. Helped Yvonne Smink with her TV debut on ‘Everybody Dance Now’ were she made it to the final show. And I’m Hanka’s helpdesk if she needs advise.”

Aside from Cindy's many master-classes she also avidly keeps on top of all that is happening within the pole dancing world.

"I read all there is about the Pole Sport, I think I saw almost every DVD and keep attending and organizing workshop and courses to do with Pole.  I like to work and talk with professionals from all around the world, there is still so much to learn!"

Followed 2 courses in BungeeFly
Tried YinYoga and PowerYoga classes
Trying to keep up to date by training with other Pole studio owners once every month
Still drawing all the Code of Points elements for the IPSF
Teaching Pole (all levels) 3 evenings a week at Sportstudio Ilse Sint Michielsgestel
Teaching short introduction Pole courses at 3 different high schools 2 times a year (Elde college Gestel, Elde college Schijndel and Gymnasium Beekvliet)
And occasionally a bachelor party
Teaching my own Pole instructor refreshment course weekends this year, at 5 different large studios and 2 for in-depended Pole instructors (this is a 6 hour course covering teaching technics to experience pole instructors, not focussed on tricks but on who to teach people and help them grow) References:
Paalsport Venlo http://www.paalsport.nl
Dancecenter Breda https://www.paaldansstudio.nl
Sportief Paaldansen Utrecht https://www.sportiefpaaldansen.nl

Cindy is not a competitive person; “I don’t like entering in a competition.” She loves to train people to go into competition! And helped a lot of Dutch Pole girls in their preparation for a competition.  She rather helps to organize competitions like the Dutch, Benelux, European and the World Pole Sport championships in London.

You will not see many Pole dance appearances from me. I’m mostly behind the scenes, either organizing or judging shows or competitions.


Sponsorship (gained or provided):
It is not my goal to gain money with the Pole Move Box. It’s a hobby, so everything I earn goes back into the Pole industry. First by updating the Box every year with more amazing models and the newest moves. And of course by sponsoring events and competitions.
You can find Pole Move Box all over the world. From a small regional or national championships up to the World championships.
From the North and South American, Australia, European to Asia. 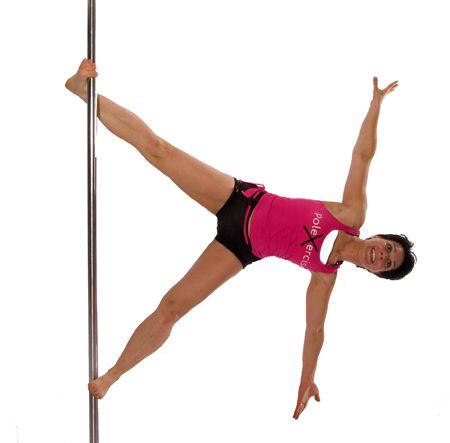 In the city I live in I started promoting Pole Sport in 2006. I believe everyone in our town is convinced Pole is a Sport now.
I have written may articles for the Dutch press to promote the Pole Sport.
I encourage many of my pole friends to be in television program’s, Hanka showed up in several programs already and one of my friends Flora Gatina, ended in the top 3 of Holland got talent.

In October I was promoting the European Pole Championship, I helped organizing. I phoned the press and television, they said: “ohh but that not news, everyone knows Pole is a sport.” so it looks like we have accomplished that for the Netherland to LOL. (I realise that was only one reporter saying that, so we keep on promotion)

I would like to keep on enjoying and teaching Pole, as often as possible. I have 5 full enthusiastic group which I teach every week. And every workshop I give (in the Netherlands and Belgium) is filled to the max. I love to keep it that way by staying updated and innovative.

My personal goal would be to make the pole names universal!!! I think if we join hands we can make it happen!!

Login or Join up

© 2021 by poledancecommunity.com. All rights reserved.